I’m trying this new thing where I’m being less neurotic about the things I write (which is like telling a bird not to shit and an M&M not to melt in your mouth) by introducing a few new, hopefully easier-to-write-than-an-essay columns.

Because I sometimes get letters from aspiring writers and creatives wondering how I’m doing all the writing and creating I’m supposedly doing, I, a writer of my stature (that is, none), think it’s high time I share my so-called wisdom with a recurring column called Questions & Answers(ish).

Instead of responding to one lucky asker via email, I’m now sharing my answers with the lucky readers of this blog—all five of you (seriously, good turnout this year).

Without further ado, I’m kicking things off with something light and fluffy: The Great Recession. 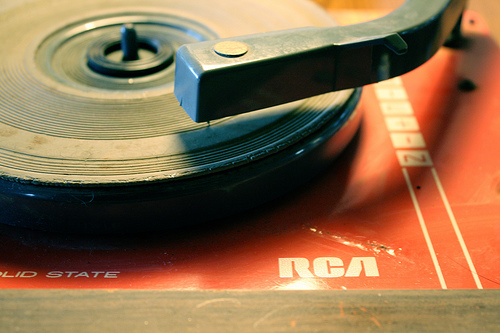 I’d never done band profiles before, so I was at a loss for questions when they were first assigned to me.

There’s something intimidating about talking to musicians as opposed to public officials or school administrators (which are the kinds of people I used to deal with). Musicians don’t have to be formal, so they can say whatever they want. I was afraid my attempts to appear nonchalant might actually backfire, leaving me as the rambling idiot wielding a pen and notepad. Still, I took comfort in their unfamiliarity. Like government officials, musicians have their own jargon — What makes sense to them might sound abstract and nonsensical to me — and, after covering education and local government, I’m used to that.

Fortunately, the bands (the fearsome sparrow, Aeroplane Pageant and Horse’s Mouth) were pleasant to talk to, gave insightful answers and, in most cases, made sense. Ultimately, I approached them the same way I approach all my interviews: I loaded them up with questions with a nod and a smile. The biggest challenge was probably deciding whether to hold an alcoholic beverage or a voice recorder.

Good news for my editor, I chose the latter.