Valentine’s Day, like most holidays, has lost its meaning for a lot of people. It’s been unaffectionally dubbed Singles Awareness Day. People rant about how it’s yet another day for couples, who celebrate year-round anyway, to gloat about their love and sicken everyone else. It’s a Hallmark event, they say, meant to bolster post-holiday sales. “You should celebrate each other every day!” they claim.

To that I say hogwash.

I, for one, take a lot of things (and people) for granted. It’s just human nature to get so used to something that we condition ourselves to notice it a little less. I enjoy having a day dedicated to capitalizing on that year-round love, whether it’s for a relative, a friend, a lover. We get to be sillier than usual, profess our affection ad nauseum, and have an excuse to spend  a moment, a day, a weekend — the rest of the world be damned — indulging in each other. A whole year of flowers, pink anything, and sugary love notes would be entirely too much. A year of ignoring obligations to express your affection for someone is called an obsession, and, in some cases, stalking. Holidays are precious in their brevity, never giving us the opportunity to neglect them.

I guess you could say I’m a holiday fatty. I hope you are, too.

Phil, Lola the Jack Russell and I spent the weekend at the Brooklyn Flea (of which I have no pictures because of an unfortunate incident with my memory card), dinner at Landmarc, where we sat thisclose to a couple arguing and breaking up. (Awkward, but still fun. Maybe I’m just evil.) and, as you’ll see here, frolicking in the snow.

Socrates Sculpture Park is the only site in the New York Metropolitan area specifically dedicated to providing artists with opportunities to create and exhibit large-scale work in a unique environment that encourages strong interaction between artists, artworks and the public. The Park’s existence is based on the belief that reclamation, revitalization and creative expression are essential to the survival, humanity and improvement of our urban environment.

Much of the city’s snow seemed to have settled at the park. All of the dogs romped freely, but Phil, being his Type A I-must-have-everything-under-control self, kept Lola on a leash. That didn’t stop her from hopping about all rabbitlike, though. 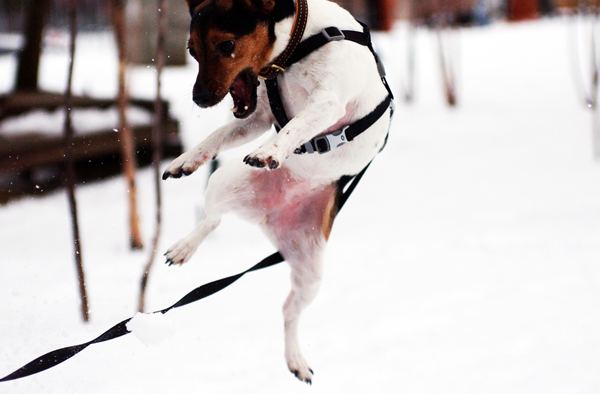 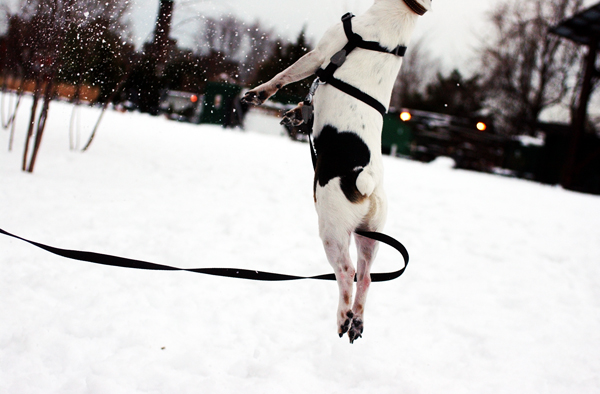 She leaps with perfect form.

Sniffing under the tree. 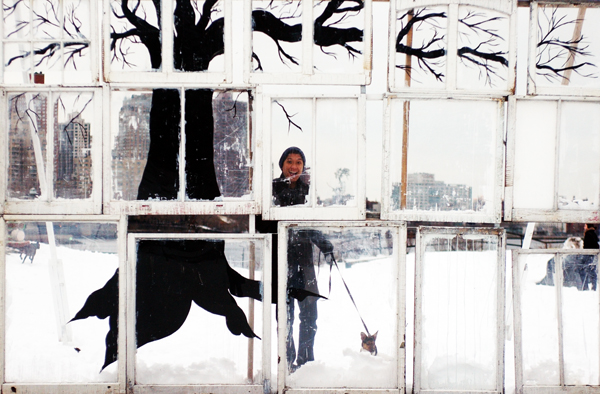 The yellow brick road to elsewhere.

14 thoughts on “For the non-cynics”